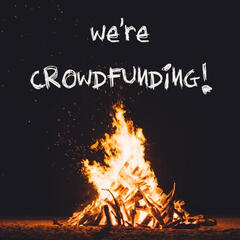 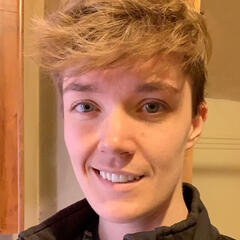 Ezra J. Wayne as Agatha
Ezra J. Wayne is an actor and writer from Chicago. He can be heard in podcasts such as Margaret's Garden, Black Friday, and The Sheridan Tapes. 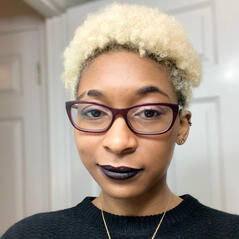 Amara Augustine as Elder Ashani
Amara Augustine is a Black lesbian podcast voice actor (and creator, writer, producer ...) who's goal is to star in and create as many POC and/or queer podcasts as possible. Her current obsession is playing as many villains as she possibly can. To hear more of her work, check out her solo project, The Fury podcast or for a full list of Amara's work, check out her podchaser 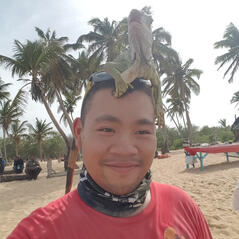 Brandon Nguyen as The Boss
Brandon Nguyen is a voice actor currently based in California. He has voiced in other audio dramas and is proud to add his voice to Ritual Six. When he is not recording, he spends his free time as a game developer focused on design and production. He enjoys playing and analyzing all kinds of video games, board games, and even tabletop RPGs. 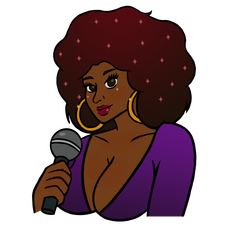 Xyta Midnyte as Elder Clara
When not laying her voice to all manner of dramatic stories, sexy or otherwise, Xyta Midnyte writes short stories and scripts while pondering the many different ways of pronouncing her name because of the weird way she chose to spell it.
Black, bi, UK-based and nerdy, Xyta is a prime example of 'that weird one in the corner' from everybody's teenage years. Little did you know, she was quietly plotting world domination, one dramatic audio and crocheted penis at a time.
Find out more at www.xytamidnyte.com. 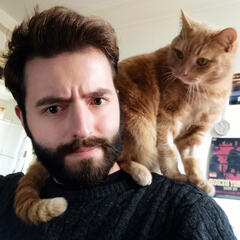 Kristian Lawrence As Colton
Kristian Lawrence is relatively new to voice acting, he's stumbled my way into some fantastic roles with Krillbite Studios and John Moores University. He's looking forward to taking on new and exciting projects (like this one!) and hopefully looking like he knows what he's doing along the way. He's also got a love for accents, interesting characters and chocolate digestives. 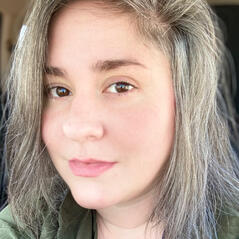 Caroline Mincks as Fate
Caroline Mincks (they/them) is an audio drama writer, director, designer, and voice actor. They are best known for creating Seen and Not Heard and SHIFTS and for co-creating Light Hearts, Hughes and Mincks: Ghost Detectives, and Surreal Love. Their voice can regularly be heard on all of those shows, as well as This Planet Needs a Name (Zahava), Ad Read (Computer God), The Reignition Theory (Captain Chloe Vasker), Great & Terrible (Lacey), and Me, My Demon, and I (Sister Mary). Off the mic, they serve on the board of directors at a local theatre, where they also direct children’s musicals. Find their full list of credits at carolinemincks.carrd.co. 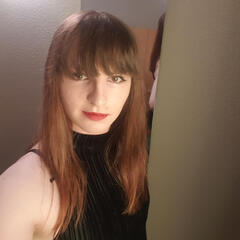 Ashley Bell as Idris
Ashley is an enthusiastic 23 year old voice actor from Scotland. She usually spends her free time playing video games, D&D, or ranting about Dinosaurs/Space/Lore of whatever game she's hyperfocusing this week. The question she is most often asked is "So where are you from?" since her accent is nothing like Scottish, which at this point has become a game to see which guess is the most ridiculous. One day she hopes to go out and see the stars, but until then is content to aim for rum drinking cat mom. 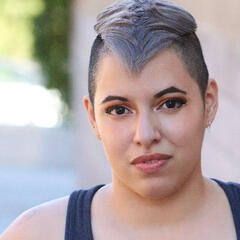 Lindsay Zana as Julia
Lindsay Zana is an actor and singer with a love of Shakespeare, musical theatre and audio drama. You can hear her in podcasts like Arden, Primordial Deep, Dining in the Void and more!

When she’s not emoting behind a microphone, Lindsay can be found singing with the a capella group Top Shelf Vocal or snuggling with her pup Winston. You can find more info at lindsayzana.com 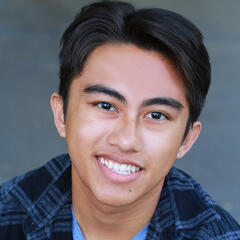 Jerron Bacat as Elder Julian
Jerron is a Filipino voice actor currently working out of Southern California and is the voice for Julian in Ritual Six. Jerron found his way into the voice acting scene through his love of anime and video games and his desire to be a part of it. He has been fortunate enough to have been able to lend his voice to a number of voice acting projects in the past and is excited to get the opportunity to work on Ritual Six. Outside of the recording booth, he can be seen creating content and his own voice acting projects for people to enjoy. He can be found on Twitter and Youtube @itsthepinoyboy. 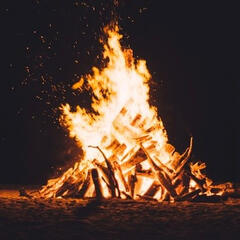 Briar Zachary as Elder Lilly
Briar Zachary (they/xe) is thrilled to be playing Lilly in Ritual Six. They’ve been acting since childhood and have been stretching their voice acting muscles by running every ttrpg out there. You can find more of xyr voice in Absolutely No Adventures as Lady Isadora, Mage and Machine as Natterjack and Girls’ Sugar as Helene Blair Ashmore Liddell. They enjoy long walks on the beach at sunset and trying every craft out there. 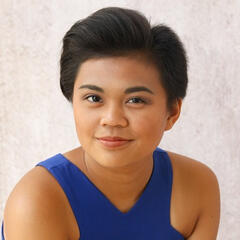 Samantha Ringor as Milo
Samantha Ringor is excited to be a part of this wonderful project! She is a theater artist but inspired by the video games, cartoons, and content creators in her life, she also loves to explore the world of voice acting. When she's not voice acting, she is a musical theatre major and performs on stage and film. She loves exploring new music, being an amateur movie critic, and experimenting with fashion. 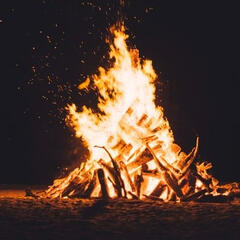 Ally Amador as Paige
Ally Amador was born in North Carolina, but has moved across country many times. She graduated in 2009 from Purdue University with a concentration in creative writing. She currently lives in the Midwest, with her husband and daughter, where she is an actress and artist. 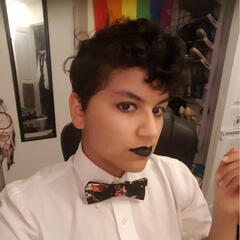 Cole Burhkardt as Petrichor
Cole Burkhardt currently resides in Washington D.C and has tried everything from streaming tabletop games on Twitch to spelunking deep underground. He has been in a variety of podcasts including Godshead Incidental and Unplaced and is the writer and director of Null/Void. When he's not voice acting or editing audio, he's going to conventions across the East Coast, discussing gender and sexuality in media

Ishani Kanetkar as Rue
Ishani Kanetkar (she/her) stumbled into voice acting halfway through grad school - and several years and a doctorate later, she still isn’t quite sure how she got here. Among other audio drama appearances, you can hear her work on The Strange Case of Starship Iris, The Godshead Incidental, VALENCE, and Second Star to the Left, listen to her revisit the Lord of the Rings with two old friends on discussion podcast One Does Not Simply, and find her staring into the abyss on Twitter @ishanikanetkar or Tumblr @thevoicefromthestars. 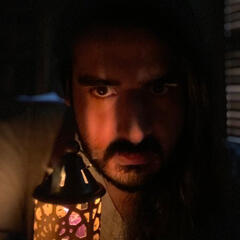 Catch him playing in Actual Plays online, writing for projects like Jiangshi: Blood in the Banquet Hall, or on podcasts (like this one!). Follow him on Twitter @WerewolfFeels and check out his Carrd to see his most recent works and to get in contact. 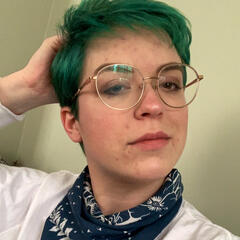 Dallas Wheatley as Co-Director
Dallas Wheatley (they/he) is a voice actor and director who has appeared on shows like Windfall, Let the Old Wives Tell It, White Vault: Iluka, and Moonbase Theta, Out. They will be appearing on Space Ranger 421 as Theo Jones and Luminaris Brimstone: Witch Investigator as Dolores. He has directed several shows, including his own "Fireside Folktales", and is excited to be finally directing a script he didn't write himself! 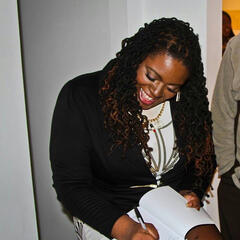 Xperience J as Sound Designer
Xperience J (Crystal Judkins) is a multi-hyphenate creative from Alexandria, Virginia. She is the co-founder of Black Audio Dramas Exist, where she promotes creatively provocative audio dramas written, produced, and starring Black creatives. Xperience is passionately driven by her love of the arts and the innate desire to amplify Black voices through media.

She has written and produced two audio dramas, "Past Due Audio Series" and "Kiss: The Audio Series,” which can currently be found on most major streaming platforms. Most recently, she established Shhh! Jus’ Listen Media, where she uses her love of sound to produce innovative audio experiences that will change the face of audio dramas forever. 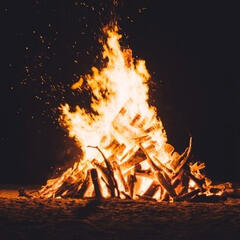 Jonesy Jones as Sound Designer
Jonesy Jones is a sound designer and performer living in Chicago, IL. He is a real person, who actually exists. You can find more of his work at JonesyJones.com. 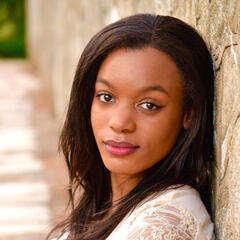 Khalila Marie as Social Media Manager
Khalila Marie is an actor currently based in Virginia. After over a decade of stage and screen, she discovered her love of voice acting, and was thrilled to be able to fall in love with her craft in a brand new way. They have always found a special delight in bringing stories to life, and they aim to add a little more magic to the world... one character at a time.

In a small, isolated community, an alienated young man must fight to end a curse after he finds himself reliving the same twisted day over and over again. 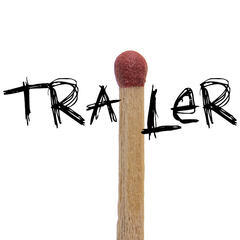 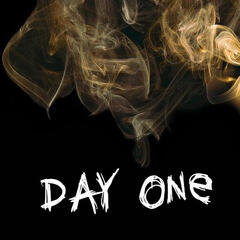